Where do I stand on gay marriage?

Last week discussions began in our federal parliament over amendments to the Marriage Act.

A number of different bills were introduced to legislate, in one form or another, gay marriage. Despite the main bills being defeated, it is an issue which may or may not have run it's course here in Australia. I suspect the issue will remain with us for some time yet.

So where do I stand? 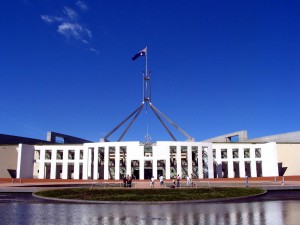 Well, as a Minister of the Presbyterian Church of Queensland (PCQ) I think this letter reflects my position. It was sent by PCQ to our Prime Minister, Ms Julia Gillard, last week. It was drafted by a colleague, friend and brother-in-Christ, then edited by several colleagues of ours - ministers and other thoughtful members of the denomination. Together we form the new GiST ('Gospel in Society Today') team of PCQ.


According to the rules of the church the letter was approved and then signed by both the Clerk and Moderator of  the General Assembly of the Presbyterian Church of Queensland. It was also sent to the Opposition Leader, Mr Tony Abbott.

I am hopeful that this letter accurately reflects the actual view of most PCQ ministers now - not just the official view of our Assembly. 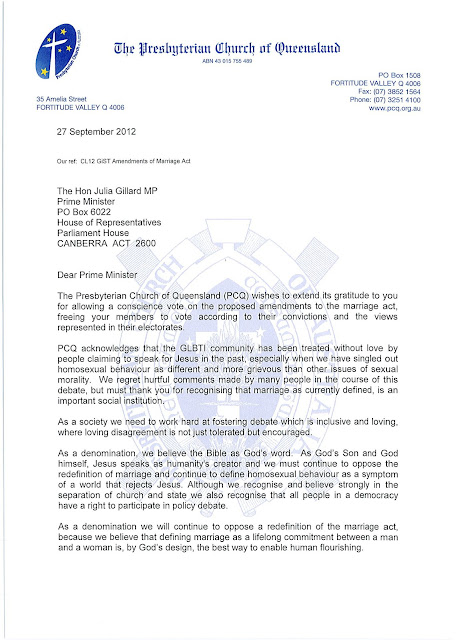 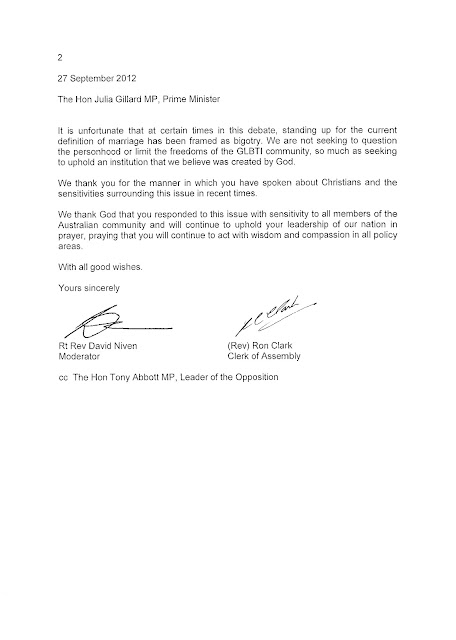 Dave Bailey
I'm an average Christian guy living in the south-east suburbs of Brisbane, where I grew up. I've been blessed with a great big extended family. Good friends. I'm easily excited by rugby union, federal politics, reading, speaking and occasionally thinking. Nothing makes me feel more alive than talking about Jesus. I also have a minor addiction to Ice Break. (And nothing I say here represents the thoughts of anyone other than myself!)